Why Do Some People Choose Not To Retire Early?

A few weeks ago I was browsing the FI subreddit (/r/financialindependence) and came across a really good post.  The person that started the thread wanted to know why some high income earners choose not to retire early.

Being in the FIRE bubble can make you forget that there are some people out there that don't want to FIRE. There are a lot of reasons and some of the comments in that thread were really insightful so I wanted to expand on it here and share some of my favorites.

I don't think any of these would change my mission to FIRE when my kid's graduate from school which would be when I'm around 45-50.  Not super early retirement but still earlier than what most people would consider a 'normal' retirement age.

This is kind of a no brainer but when you put some numbers to it you might be surprised.

A pretty typical goal in the FIRE community is $1,000,000 in savings. With the 4% rule, this would allow you to withdraw $40,000 per year which is a pretty nice living in retirement. Not lifestyles of the rich and the famous but you'll be able to do some traveling and have a comfortable life.

The power of having a high income comes in the flexibility to save huge amounts of money. If you spend $200k per year or $300k per year you are probably living a pretty nice life. You could cut back some of the super luxuries and sock away an extra $100k per year. For someone making $100k per year that's simply impossible. No amount of cutting will ever let you save 100% of your income.

So the simplest answer is probably that most people don't really like to save money and the people making a lot of money are just like the rest of us; they like to buy fun toys and spend their money just like everybody else. The law of compound interest spares nobody. If you don't save a high enough percent of your income, you'll never retire.

Some People Actually Enjoy Their Jobs!

One of the things you come across a LOT in the FI community is people who hate their jobs. People with bad bosses or horrible working environments who are counting down the days until they can quit.

But eventually I moved out of the factory and got a regular desk job. I got a couple of promotions and moved around within the company and ended up in a challenging, interesting job.

Most people interested in financial freedom have a white collar desk job and if they're in their 20s, they're probably doing the grunt work.  They're making Powerpoint slides and compiling Excel spreadsheets for some faceless executive they never talk to. But after diligently saving for 25 years and hitting their FI number, they have become that faceless executive. Now they're making $300k per year and calling the shots; dumping the mindless Powerpoint work on the humble entry level college grads.

The challenges and problems you get to face as someone who has been in the industry for 25 years are significantly different than what you do as an entry level worker bee. The longer you stay in an industry the more credibility and knowledge you gain. This allows you to take on more challenging work which is usually more enjoyable.

So when you see that stressed out executive at work who has been there for 30 years and you find yourself saying "If I was in his shoes I'd retire TODAY", just remember that he might have hit his retirement number years ago but he chooses to keep working because he likes it. And you might find yourself in the same place one day.

Nothing To Retire To

There was a study that found people who retire early are more likely to die.

Turns out, taking early retirement isn’t the key to a long life. Instead, it’s the people working past age 65 who live the longest, according to a recent study. The Oregon State University researchers found that healthy adults who retired one year past age 65 had an 11 percent lower risk of death from all causes, even when taking into account demographic, lifestyle and health issues.

One of the things people always recommend in /r/financialindependence is that people retire towards soemthing instead of away from something they want to avoid. If you're just retiring to get out of your job, you're going to have a hard time finding meaning after work. You need to have some type of a hobby/goal/ambition that you can pursue when you're retired. If you're unhappy in your job, you won't be happy just from quitting.

If you have a normal 9-5 job that you go to 5 days per week, there's a good chance you see some of your coworkers more than you see your family. Hopefully you like these people and you can become friends with them or else life is going to be rough. Now imagine you've worked for 25 years with these same people that you see everyday and you can imagine why some people would get so attached to their coworkers that they wouldn't want to quit.

If you haven't checked out the financial independence subreddit before I'd highly recommend it. There are some awesome discussions going on there and it's the best financial subreddit I've come across. This discussion in particular was really interesting because I'm 30 years old and it's hard to imagine what your life will be like in 15-20 years. Maybe you'll find out you are the high income earner who chooses not to retire even though they hit their number a long, long time ago. 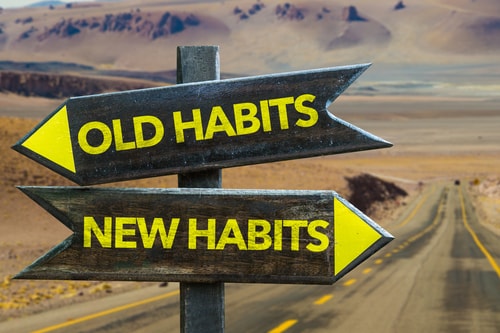 How I Finally Stopped Procrastinating | Micro-habits and Tracking

How to Tell If a Personal Finance Website is Bull$#! ^