Last month I didn't spend much time talking about how my side hustles were doing because I was in the process of selling my business.

This month's income report will basically be the same but even worse than last month.

In addition to having all my time wrapped up selling the business and transferring everything to the buyer, I lost my Amazon affiliate account since it was automatically transferred along with the sale of the FBA business. (edit: 12 hours after writing this post I was finally approved!)

This means my affiliate sites that were making about $1k per month are now making only $200 per month from advertising. T

he $800 per month in affiliate income is paused until I can get a new account approved by Amazon. Turns out that's harder than you'd think. I've had 3 applications rejected for a variety of nitpicky issues.

Right now my 4th application is pending so hopefully I can get back to earning money from my sites. (edit: now approved)

I've got 3 things to cover in this update and I'll be going into more detail later when I have some more free time (so never).

After having my business listed for sale on Empire Flippers for about 30 days, I had gotten an offer and was in negotiations. But during negotiations another buyer stepped forward and bought the business for full asking price which was $30k plus inventory (about $12k).

The guy who bought my business was new to Amazon FBA but was a quick learner and picked up everything really fast. Part of the sales agreement was 60 days of post sales follow up/training so I had to create some SOPs, teach the buyer how to use the FBA platform and lead him through an order with the supplier to restock inventory for Q4.

This 60 days is just now wrapping up but I'll still be helping a little here and there as the new order goes through customs and goes on to the Amazon warehouse. After that I'll be done with that Amazon FBA business.

But of course, opportunity never stops. I've already found a new product that looks appealing to sell on Amazon and I might order a few from Aliexpress and list them on Amazon and see how it goes. It's in a totally different niche so it wouldn't be in competition with my old products which was part of the non-compete agreement I signed with Empire Flippers.

The whole sales process of the business deserves it's own post (and will get one...some day...see the last section of this article). It was pretty complicated and required a lot of involvement from Empire Flippers but they were awesome and it went fairly smooth.

So the "fairly" smooth sales process had one MAJOR problem. When I transferred the Amazon FBA account to the buyer, it was my ENTIRE Amazon account. This means I also transferred over:

So that means I don't have any pretty income numbers to report. My sites are still set up under the previous affiliate tag so the buyer of my business is getting a little cash bonus.

At least Amazon isn't just taking that money for themselves.

Despite not making money, my outdoors site is growing like crazy. Traffic is growing by about 50% each month. Here's what it looks like so far this year. Each point is the traffic for that week:

The site is currently getting about 400 visits per day. Once I get to 1k visitors per day I can apply for MediaVine which is a premium ad network.

I put Adsense on the site a few days ago but it's making about $.05 per day. Awesome.

MediaVine would be quite a bit higher and with 1k visitors per day I think I could make at least $300 per month from ads. This will help diversify me from being so reliant on Amazon.

But this site has one big drawback. The problem with this site is when I outsource content it sucks.

I know it sucks because I'm an expert in the niche and when I read what my writers send back it's just not good. It's obvious they aren't writing from first hand experience and people who come to my site won't like it.

So all the content creation is on me. That's not a problem but it just means I have to put in the time.

But having the time is another problem. I just came up with a new niche idea. This niche is going to be mostly focused around getting a huge number of pageviews and monetizing only through ads. There will be a few affiliate links here and there but for the most part this niche is going to be only informational articles and revenue will probably be 90%/10% in favor of ads.

Since I don't have enough time or motivation to write all this content, I'm using the proceeds from the sale of my Amazon business to outsource a massive amount of content. Here's what I entered to order today from Textbroker: Traffic for this site is about 2-3 people per day. This stuff takes a while so it's not surprising at all. I'm going to do some link building after this content gets written and posted which should help the site's traffic start to take off.

I also purchased an expired domain and did a 301 redirect. This is an advanced technique (AKA I had to Google it for like 2 hours and edit a file in my WordPress database to get it to work) and I'm not sure if it will work or not.

But based on what I've seen in my outdoor site it will still be a slow road to growth. I'm guessing 6+ months before I see true, huge amounts of traffic coming in.

This is one of the reasons people fail at making websites. They get discouraged and give up. The results are delayed by several months from when you put in the work so you just have to wait and be patient.

The good news is that this niche is GIGANTIC and several shitty sites that were made 6 months ago are getting 100k to 1 million visitors per month so there's plenty of room for me to break in. I think with decent content from Textbroker and my SEO knowledge I'll be able blow everyone else away.

The Difficulty of Being a Guru

This brings me to the future of this site. After selling my Amazon business and spending more time on my websites, I really believe it's one of the best side hustles out there. This is something I want to teach and share with the world so more people can create this kind of a business.

The problem is I don't have the time. Instead of telling my story on this site about how I'm creating these sites, all my time is spent building them and doing the actual work.

I'm going to drink my own medicine and make sure I know what I'm talking about before trying to teach anyone or claim to be an expert.

I'm not sure what that threshold will be and it seems to keep moving. When I started my outdoor site I thought getting to 10k visitors per month would be how I knew I made it.

Then 10k came and went and December will probably be 15k or more. But even then, 20k or 25k wouldn't really feel like I've made it.

The goal I'm setting right now is to make at least $1,000 per month from my outdoors site which will probably mean I need 30k visitors per month (maybe more, not sure).

For my new content site that will be focused on advertising, my goal is 100k pageviews per month which will probably bring in around $1,000 per month.

My previously acquired sites will continue to run, pulling in their normal $800-$1k per month, then my new sites should each be making that same amount.

Once that happens, I'm going to take everything I've learned and distill it down here so people can copy what I've done. My journey to get to this point has taken a lot of hours of reading, listening and doing. Hopefully with a couple hundred more hours in the next few months I'll have it down to a science and a repeatable process I can explain to newcomers who want to make money online. 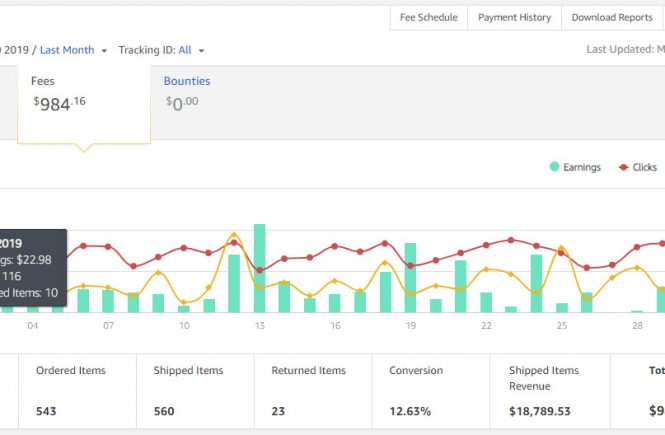 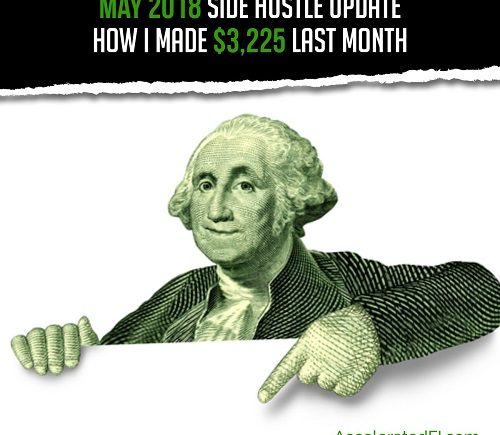 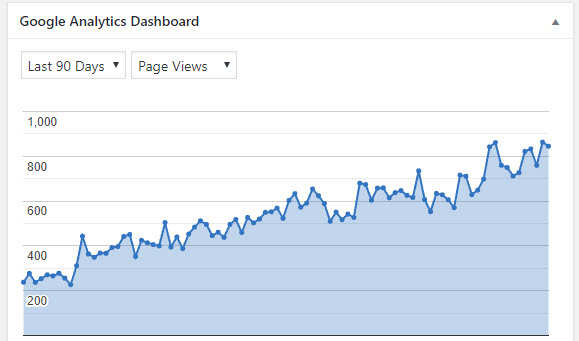 May 2019 Side Hustle Income Report